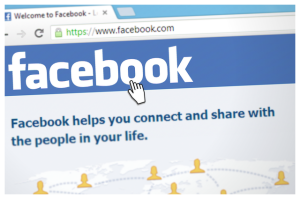 Extreme graphic violence – acceptable. Nudity – banned. Is this how you would expect Facebook to interpret its own Community Standards?

My Facebook wall recently contained a video which had been shared by one of my friends. “This is amazing!” my friend proclaimed and before I had even decided to watch it or not, the auto-play settings on my phone made the choice for me, and the video began. The opening scene shows an execution. This is followed by a brief moment of animal cruelty and then scene-upon-scene of violent deaths, blood-splattered corpses and trigger-happy shoot-outs. All this is played along to a music track happily entitled Motherf**ker.  I felt strongly that this video would be breaching Facebook’s rules given it’s graphic content. I admit that I had never read Facebook’s rules carefully but I was sure that my reporting of the video would have it immediately removed. I was also partly expecting Facebook to be grateful to me for bringing this video to their attention. After all, by sharing a video it can automatically appear on the walls of unsuspecting Facebook friends. Much to my surprise, Facebook rejected my report saying that the video did not contravene its community standards. I was gobsmacked. How could more than 4 minutes of gratuitous graphic violence be considered acceptable by Facebook and thus available to anyone, including the youngest members, of their community?

My concerns are as follows:

So why has Facebook rejected my ‘report’ of the video? I’m not sure. According the Facebook Community Standards:

“We remove graphic images when they are shared for sadistic pleasure or to celebrate or glorify violence…We also ask that people warn their audience about what they are about to see if it includes graphic violence.”

Perhaps I’m misinterpreting the phrase ‘graphic images’ but there is clearly graphic violence involved in the video. Given that the video is shot in a mock-gaming style it perhaps even glorifies violence given that the aim of a game is to score points, shoot the baddies, collect the trophy etc… The way I read this standard is that the video breaches it.

Two other Facebook incidents have been brought to my attention which also seem to have caused problems for Facebook: 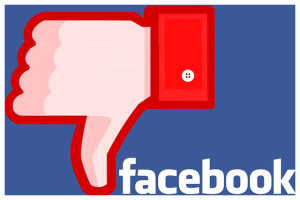 I appreciate that Facebook has got a huge and difficult task in policing all of the content on its massive social media network. However, I’m still confused as to why a picture of a 2 year old would get pulled from its site, but a 4 minute video of scene-after-scene of gory violence does not. As an e-learning educator I am constantly asked how I can prevent students from watching videos on YouTube during the school day. I’ve always felt that this was a nonsensical question and my response is simple – if the classroom content is interesting, inspiring and relevant then the student will not need to look for skate-boarding cats on YouTube. The problem, it seems, is not the student looking for inappropriate content; rather the inappropriate content being handed to them on a plate, via their Facebook wall.

Wake up, Facebook! You can’t continue to turn a blind eye to some of the content that is on your pages. Not everyone finds scenes of knives being used to slice someone open, or a suitcase being used to break someones neck, enjoyable footage to watch. In fact, I suspect most people don’t enjoy seeing this. Your community standards are not rigorous or clear and, as demonstrated, open to interpretation.  Unless changes are made, other inappropriate and extreme graphic content will appear on your pages. Are you happy to explain, to the parents of a 13 year-old, why you have allowed their son/daughter to watch such distasteful and disturbing content? Your flimsy community standards don’t wash with me and it won’t wash with them.

So, if you’ve read this far and you’ve not seen the video which I reported, here is a link to its Facebook page. If Facebook won’t do it, I will:- Warning, the video contains graphic violent content.

If you’ve got any thoughts about Facebook’s Community Standards or have experienced inappropriate content being sent to you, please share your thoughts below.