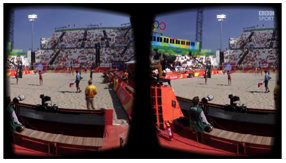 During the 2016 Rio Olympics, the BBC are broadcasting a number of events, live, in 360° Virtual Reality. Fancy a front row seat at the Olympics? Want to immerse yourself in the fun and excitement of sitting with the crowd? Interested in testing a new way of experiencing sport? If your answer is “yes!” to any of these questions, join me this summer while I test this service during the Olympics. I’ll report my findings on this blog later in the summer. If you are interested in this experimental Olympic Virtual Reality service you’ll need some equipment… 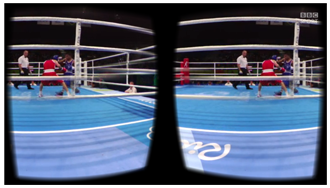 Important – Olympic Virtual Reality is limited to just a handful of events (this is an experimental service after all) and, so far, there have only been one or two different camera positions to choose from. Don’t expect instant replays, commentary or a multitude of different camera positions; viewing Olympic Virtual Reality is like watching an event as if you are sitting in the crowd yourself. It takes a bit of getting used to and the occasional buffering of the video feed might drive you insane! However, it’s well worth a try and certainly a good way to play with Virtual Reality if you’re new to it.

If you get to experience the Olympics in glorious Virtual Reality, do ‘join the discussion’ below and let me know what you think. I’ll add your comments to my blog post later in the summer.