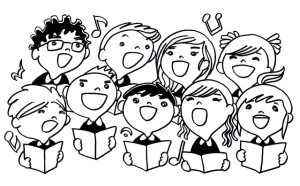 Just a few weeks ago I was heading home, from school, much earlier than normal. As I do every day, I switched on BBC Radio 3 and expected to be treated to the stations usual expertly selected recordings, interesting interviews or even a live performance of some musical gem that I’d never previously heard. However, this day was different. I had forgotten that it was BBC Music Day and I happened to stumble on a world record attempt.  The concept of the record attempt was simple – get two choirs, each with a soloist, to sing the same hymn at the same time. The catch – the choirs and soloists would be located more than 12,000km away from each other. To add to the pressure, the joint performance would be broadcast live on radio stations in the two different locations and via the web making this online concert available to anyone in the world. What I experienced, on what would usually be an uneventful journey home, gave me a ‘goosebump moment’. Those wonderful experiences that literally makes your hairs stand on end and tingle with delight.

At first glance this world record attempt doesn’t sound too hard, technically, to achieve. We’re all familiar with live TV broadcasts which seemingly have no delay, but that’s usually because it is a constant stream from one location, such as a football match. Alternatively it might be a news interview but, watch carefully, there is often a longer-than-necessary delay between the interviewer’s question and the interviewee’s answer. Just like using Skype or a mobile phone, there is sometimes a very annoying delay when chatting over the phone or the internet. With music, there can be no delay; it has to be in-time perfectly for it to work. As any band musician will tell you – a band with a bad drummer can never be a good band. In other words, the time keeper needs to keep time accurately otherwise it’ll all fall apart. In this world record attempt one group was in Cardiff, Wales and the other in Patagonia, Argentina.  Not only did the conductor, the time keeper, have a tricky task, so did the technicians. 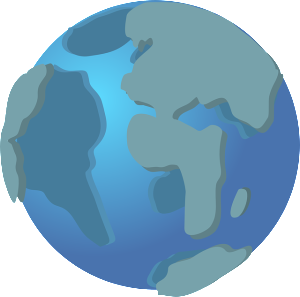 For me, as a music teacher and an e-learning specialist, this performance ticked two boxes from my list of passions: music and technology. It also got me thinking – if the technology is available, why aren’t there more schools collaborating and producing an online concert together? I’m not advocating that music exchanges (or tours as they are sometimes referred to) should stop. In fact, online concerts could enhance tours. The school where I work has a bi-annual tour to another school in Valencia, Spain. It’s a superb opportunity for students from different countries to not only perform music together but also to experience different cultures, practice language skills, make new friends and improve their playing skills. The excellent work of tours must continue. But what about students that can’t afford to attend the trip? What about the every-other-years when there is no tour? What about keeping the relationship with the other school alive all year round, perhaps involving departments other than the music department? Imagine the excitement of students who are performing, live, with another orchestra in another part of the world. I would also suspect the any school marketing manager would be salivating at such a collaboration. As they say, the opportunities are endless.

I’m also not proposing that an online concert should replace regular concerts held for parents, visitors and guests. A big fat no! Again, the use and distribution of an online concert should be seen as extra and not a replacement for live music events. Most school concerts are now recorded, usually for posterity, but why not broadcast them online for not only those who are unable to attend (proud relatives located 50 miles away, another school could see/hear the quality of the instrumentalists, a social media exchange during the online concert for alumni etc.) but also to widen the audience. After all, both you and the students will have spent countless hours putting together the concert. Why not proudly bear the fruits of your labour to an audience bigger than the capacity of the schools performance venue?

As the BBC world record attempt proves, it’s clearly possible to have two choirs/orchestras performing from different locations. Why not try it at your school? I’ll certainly be discussing this with the Director of Music when I return to school in September. In the meantime, if there are any schools that wish to collaborate with me or technicians that would like to be involved in an online concert, do drop me a line. I’d love to hear from you!

If you’d like to see and hear the world record attempt performance, you can do so by visiting this BBC News page. You can hear that the two groups aren’t quite 100% in time for some of the performance but they still manage to hold it together. I am intrigued, though, why the performers in Argentina seemed to be performing in the local shed. It’s also a shame that we didn’t get to see their reaction when it was announced that the two groups had set a new world record. Perhaps the connection to Argentina was lost and this is the ultimate concern with such online collaborations – what happens when it doesn’t work? Try again I say.