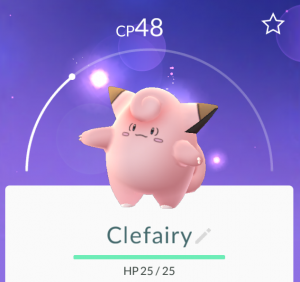 Pokemon Go is everywhere. It’s been in the news, discussed and dissected in blogs, highlighted as an e-Safety concern for children, advertised in Churches, created additional workload for emergency workers, provided work for ‘professional‘ Pokemon Go hunters and has helped discovered a dead body. Oh, there’s even some people playing it. The summer of 2016 will be remembered for, technology speaking, the release of Pokemon Go. I haven’t heard this much fuss about an app since, well, the last big app.

Whatever your thoughts about Pokemon Go, it has certainly caught the imagination of young and old, male and female, technophiles and technophobes everywhere. Now that it’s been downloaded more than 500 million times, the simple question is “was it worth it”? Did all the debate and endless speculation about the game just encourage more people to download it? Did its innovative use of Virtual Reality really change the gaming landscape forever? or will it be another Angry Birds, a highly successful game that quickly lost its appeal? 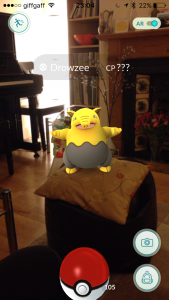 During the summer of 2016, it was pretty obvious that Pokemon Go was being played everywhere. The most visible group of players were small groups of boys excitedly pacing up and down streets, faces glued to their smartphones, in search of a Pokemon to catch. Another big group of players are the lone mid-20s males. They could be found cycling, running, meandering casually down the street or merely sitting on the pavement while lobbing a Pokeball at a Pokemon. But it was a visit to Weston Park, Sheffield, that made me realise how huge the Pokemon Go following actually is.

The day that I visited the park was beautiful; a bright and warm summers day. The sun was shining, the ice-cream van was busy and I, for a brief moment, reveled at how lucky I was to be on holiday. But something was wrong. At first I couldn’t quite understand it, but there was a problem. There was virtually no sound coming from a park that was thronging with people. There was a lack of laughter, very little chatter and not a single football being kicked or thrown. I sat on one of the many vacant benches and watched person after person, group after group of people pass me. It seemed that every single park visitor was playing (or sometimes playing and discussing) Pokemon Go. Even those who were sitting on the grass and not hunting a Pokemon, most were clearly playing with the app. 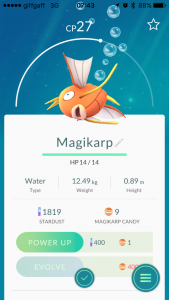 Many have already commented that “Pokemon Go has the ability to transport families away from an evening on the couch to walking around the neighborhood” [Texas A&M University]. I certainly agree that it is a game that all members of a family can play. A fantastic by-product being exercise; something hard to come by when gaming. However, while families may indeed walk around their neighborhood, it seems that they don’t really notice it or even talk to each other. The day I was in Weston Park made it very clear that no one-one noticed the gorgeous scenery, the expertly manicured flower beds or the empty tennis courts. There was no interaction between players other than to ask whether they’ve managed to catch the nearby ‘Magikarp’.

I was astounded at the amount of Pokemon Go players and a part of me felt quite jealous that I had dismissed the game as a bit of a novelty. Although I had downloaded Pokemon Go, I soon stopped playing it. I simply did not find it fun or entertaining. I’ve lobbed Pokeballs, I’ve incubated some eggs and I’ve tried to understand the point of the Pokemon Gyms, but I struggle to see the value or entertainment in playing Pokemon Go. However, given the omnipresent debate and players, I feel like I’m in the minority who share this view. 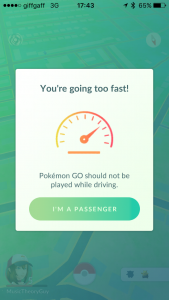 Nintendo, the developers of Pokemon Go, have once again set a milestone in gaming. Back in 2006 they transformed the gaming world by releasing the Wii. For the first time, computer games were aimed at families rather than teenage boys. Given that most of the major computer consoles now use similar controllers to the Wii remote, it’s very easy to forget that when the Wii was released there was a lot of complaints and concerns about users smashing their TVs by the accidental throwing of the wii remote. Did this affect sales or stop users going back for more – nope. On the contrary, a wireless remote is now the expected norm for gamers. 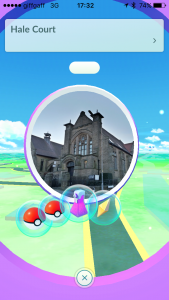 Despite the hype, problems and concerns about Pokemon Go, it is inevitable that we can expect to see more and more games being released that blend gaming, virtual reality (VR) and local landmarks in the same way as Pokemon Go. Indeed, at the time of writing (November 2016), there is already news of a Harry Potter ‘Fantastic Beasts and Where to Find Them’ VR game about to hit Google’s Daydream platform. While it is now commonplace for children and adults to have games on their personal devices (which was unthinkable back in 2006) we’re now at the start of a revolution in VR gaming. Very soon it will be the norm for families to be playing games similar to Pokemon Go on their consoles, phones and tablets. While you may not be a fan of Pokemon Go there might just be a game, in development right now, that you’ll soon be downloading and enjoying.

For me, I’m waiting with baited breath for the first educational game/utility that integrates the innovative features of Pokemon Go. While VR is slowly making its way into the classroom, an educational game which exploits the Pokemon Go experience would be very welcome in my lessons. There’s just one caveat, any such technology must encourage discussion, debate and understanding. It would be totally unacceptable to have a similar experience to that I had at Weston Park where the technology suppressed conversations and personal interactions. Until that time, I’m happy to say goodbye to Pokemon Go, it was nice meeting you.