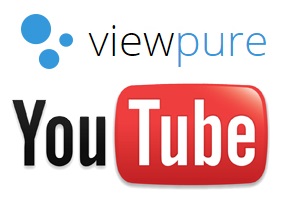 YouTube is a vast and growing resource which is tapped daily by teachers everywhere. There are so many fantastic videos which can help explain a topic, provide a clear visual demonstration, show an experiment, tackle a political issue, carefully present a controversial issue etc. in way that is often not possible via traditional methods i.e. the teacher talking to the class. It is a resource that rightly deserves to be a prime place for educators to search for content to use in their lessons. Of course, there are two problems with YouTube when using it in the classroom: the adverts and the comments. These can often be highly distracting and, sometimes, inappropriate. I recently rediscovered a helpful online tool that helps me remove YouTube adverts and comments.

Imagine the scenario – you have carefully identified a video that you’d like to use in class. You have it all prepared so that you can just hit ‘play’ when required in class. Three things could happen that may severely disrupt the smooth running of your activity:

ViewPure allows you to strip out most YouTube adverts, the comments and the suggested videos. Better still, it allows you to create a unique web address so that you could link directly to specified start and end times for your chosen video. There is even a ‘purify’ button that you click once you’ve searched YouTube and chosen the video you wish to show to the students. Purification automatically takes you to a ViewPure page where you can watch your video with the clutter removed. As an example, here is a link to one of my Music Theory videos which has been ‘purified’ and starts/ends at a specific point. Click here for the example

I must point out that I have no objection to YouTube adverts, comments or even the suggested videos. Adverts keep the service running and the revenue encourages YouTubers to create new content. The suggestions and comments give an interactive and relevant experience for the viewer. However, when YouTube is used in the classroom removing all of this clutter enables the students to remain focused on the activity that you’ve planned for them. In turn, this encourages teachers to return to YouTube to use content for a a future lesson or for their own use.

If you do plan to use ViewPure then there are justtwo further things to bear in mind:

Aside from these two ‘issues’, ViewPure is a fantastic tool which I’ll certainly be embracing each time I plan to show a video in class. The removal of YouTube adverts, suggestions and comments is an extremely helpful function to ensure that students remain on-task during any classroom activity.