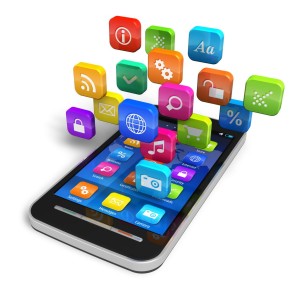 There’s no denying that apps have transformed the way we work, learn, live and communicate. I use them, students use them and I strongly suspect that you use them. However, I’ve always been very wary of apps and consciously avoided tablets, like the iPad, that run nothing other than apps. While apps can be helpful, informative and even fun they’re pretty basic when compared to ‘real’ computer programs. I do, admittedly, have an iPhone which has plenty of apps, but I never use most. Those that I do use are very much collators of information such as Twitter, Facebook, BBC News, Weather forecasts etc. All of the information presented in these apps is easily available online rendering the need for an app pretty useless. If you’re worried about how these sites will look on a mobile screen without using the app, try it. They look virtually identical, they’ll even log you in automatically, just like the app. If I really think about it there are only three items on my iPhone that I couldn’t do without: the phone/text calling facility, the camera and my rather nerdy need for geotagging with GPS. In short, I don’t really need a fancy smartphone with apps. Do you? Do students? I’m not convinced anyone does.

If I think about every e-learning event I’ve been to in the past two years, there’s always talk of ‘the latest app’. This is then followed by someone saying that they’ve got all of their students to download it. I’m just not interested. The use of apps in the classroom will cause a problem, if not several. Schools that run a 1:1 iPad scheme i.e. every student has been given an iPad, are in a slightly better position but some of following issues are still true:

There’s only one type of app that is better than the rest; those that work offline. In other words, apps that don’t have to be connected to the internet to work. How many apps do you have that work offline? I counted all of the apps that I have downloaded and installed onto my iPhone (both offline and online apps):

There are some apps that work great offline but these, it seems, are quite rare. So why do we seem obsessed with apps? They are a pain to develop (often a reason why they appear on some platforms but not all), they often offer no more functionality than the web version, they are frequently unusable offline, you sometimes have to pay for them, they gobble space on your device and students may struggle to install them. So why do we insist on using them in the classroom? Why not just use web based services? I can’t think of a single classroom based app that isn’t also available online. So why use the app at all?

If you work in a school that has adopted BYOD (Bring Your Own Device) this seems like a no-brainer to me. Why waste time getting the students to download and install an app that, let’s face, will only get used every-so-often. If you are in a school where iPads are provided then you’re at the mercy of your IT team to install, update and maintain them. If you are a Google school using Chromebooks then you’re probably wondering what the fuss is all about. With just a browser you are very much limited to only using web-based services. There are a few Chrome apps but I’ve not come across a Google-focused school that uses them. 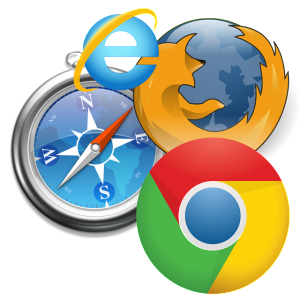 As for the future, I see the phrase “there’s an app for that” being consigned to the history books in just a few years. The numbers of apps submitted to the app store (i.e. Apple apps only) is just over 1,500 per day as per June 2015. This is a still a massive amount. However, it seems that while users are using apps for longer they are limiting themselves to using just a handful of apps. Have we reached a plateau in terms of consumer need and desire for apps? Why even build an app when money would be better spent developing a mobile version of an online service? This would enable all users, regardless of the type of device they are using, can be sure that they can access, utilise and enjoy the service provided. If you’re a teacher and planning to use apps – check to see if there’s a web version available first, it may just save you valuable time in the longer term.

If you any any thoughts on apps and how they can be used in the classroom do share them below. I’d love to hear from you!