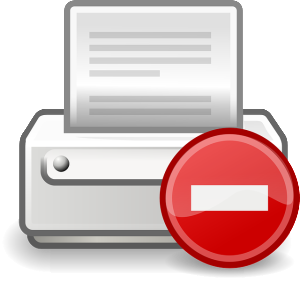 The Paperless Educator Challenge is over! Almost…

In September 2014 I made a very simple sounding pledge: not to print or write anything on paper until December 2014. At the very start of the academic year, fresh-faced from a summer of no teaching, this seemed like a taxing challenge but one that I could, if I put my mind to it, realistically achieve. My plan was simple, during this 3-month period I was to trial ways in which I could reduce my own personal paper usage and to educate others on how to avoid wasting paper. It’s now time to reveal the experiences and results of the Paperless Educator Challenge. In this blog I’ll detail what worked, what didn’t, the reactions of my peers and offer some tips on how to help you move away from paper.

If you’re reading this and are wondering what the ‘Paperless Educator  Challenge’ is and how it all started then do have a read of this initial blog on The beginning. The same blog also details some very tiny caveats to the challenge. Without those I will probably now be unemployed having not stuck to the terms of my teaching contract! I also produced a few updates at weeks 1-2 and weeks 3-4 to give a brief flavour of how it was all working out.

The biggest surprise to this challenge was the overwhelming scoffing, initially, of it’s purpose by a significant minority of teachers (and not just from the school where I work). The concept of avoiding paper was just too hard an idea to swallow for many. It’s no secret that if you want to find a teacher, there’s a good chance that they’ll be standing near a photocopier if they’re not standing in front of a class. As students still write in paper exercise books, teachers still produce oodles of handouts, activities and resources that are also paper based. Once utilised in class, these paper sheets are then supposed to be stuck into the pupils exercise book for future reference (ironically, many sheets can often be found littering the floor at the end of a lesson having been ‘lost’ by the student).

Paper is king in schools. Many teachers shudder at the idea of getting students to upload or complete a task online as, they fear, it may entice the student to open and send, for example, emails instead of focusing on the class activity. A fair point but it’s no different to getting a student to stop playing with their scissors when they should be just getting their pens out of their pencil case. Same problem but different tools.

I successfully managed to avoid printing anything during the paperless educator challenge period. Yep, not one single sheet of paper was printed by me although, at times, it was hard. For example, colleagues were so use to receiving paper handouts that my emailing of a PDF for their viewing on a personal device did not go down well with many. But slowly, and at times it was very slowly, colleagues became interested in why I was undertaking this challenge. To this day I still receive the frustrating excuses of ‘I prefer to read a document on paper than on a screen’ or ‘I like to make notes on my paper’. These are, to some extent, still valid arguments but I do wonder:

As part of the Paperless Education Challenge I did set another task: not to write anything for a term. I also successfully achieved this but I did cheat, well, sort of. I purchased a Surface Pro 3 at the start of the challenge. A rather expensive piece of kit but, oh my, writing on the device and keeping such notes organised is so easy. None of that scruffy text or awkward handwriting that appears on other devices like an iPad. The act of writing is slightly different to using paper as it takes a little while to get use to there being no friction between the stylus nib and device (unlike the act of using a pen on paper). It also seems rather counter-intuitive to rest your arm on the screen as you write – something you currently can’t do with other devices. Any notes I wanted to write I merely used my Surface Pro 3 and utilised the amazing functionality of OneNote.

If paper is King, OneNote is the rightful heir. *gush warning* OneNote has completely revolutionised how I work. I can make notes using my personal device and anything I type, record, save to PDF, photograph, screen grab, write or notate appear in OneNote on all my devices and on my OneDrive account for access from anywhere. This software is going to change everything, forever. OK, as I discovered, there were times when a scuffy bit of paper could have done the same job e.g. writing reminders for myself, but my fear has always been that I’ll lose the note or a planner or a notebook. With OneNote I can access, amend, update and recover my notes from wherever I am. Why would I need to print on paper with absolutely everything I need in one handy piece of software?

The Paperless Educator philosophy will continue. Not only will I refrain from printing for as long as possible I’m also committed to encouraging others to reduce their paper usage. At the school where I work I recently ran a survey (cunningly disguised as a competition) to see if my colleagues could guess how many printouts, across the school, were made in the average week. I can’t give out the numbers here for obvious reasons but suffice to say that the overwhelming majority of staff under-guessed by tens of thousands. It seems we don’t think of ourselves as individually printing too much but the cumulative total is huge. It’s imperative that we change and find practicable solutions and alternatives to paper. OneNote, PDF’s and personal devices are the key to this. It’s not that we do not have the tools to replace paper, we do. It’s the mindset of people that we need to change. Printing is a habit and it’s been done for years so, to many, it seems quite natural to hit the print button. Aside from the obvious environmental issues we’re also teaching our students how use technology in a way that it will not be used in 5-10 years time. We, as educators, should be setting an example and preparing students for life after school rather than clasping to an old-fashioned, inefficient, expensive and wasteful technology such as paper.

If you’ve been inspired (or not) by the Paperless Educator Challenge or have any comments about the above please do share them below.

I am inspired! Going to give this a bash myself. Not for any green reasons (although that is a bonus) but because I am on a quest to be more organised and ditch the dozens of notebooks that I have or have lost. I am interested to know the lasting legacy of your paperless challenge – perhaps a one year on blog post?

Thanks for your comments Gem – much appreciated! Delighted to hear that the Paperless Educator Challenge has inspired you. An update is a great idea, I’ll get onto that very soon. In the meantime, the school where I work has just gone BYOD (Bring Your Own Device) so, fingers crossed, time for others and not just myself to save some paper… Watch this space.

[…] their work and ideas. I’ve gushed about OneNote on this blog previously stating that “OneNote has completely revolutionised how I work“. I still stand by these words and having used OneNote successfully for the past year, I […]